The West Side Comedy Club in New York City is a bright spot underground. Simply walk downstairs and start laughing. It’s intimate and upbeat, and has something we all need more of: fun.

You can enter on 201 West 75th Street, or enter around the corner at their corresponding restaurant, Playa Betty’s on Amsterdam Avenue.

It features both new and established comedians, with styles that offer something for everyone. At a recent show, Bill Burr performed to a full house and Jerry Seinfeld was there to see him.

Equally comical are the “New Talent Showcases” that give the next great jokesters a chance.

“The club is still new,” explains manager and comedian Felicia Madison. “I say it’s one year BC. One year DC, and hopefully lots of years AC.”

In addition to her role as talent booker and new talent director, Madison runs classes and open mics via a development room she founded called “F Comedy.”

Lese Dunton: How would you describe the club?

In a rare interview, the creator of “Doonesbury” defends baby boomers and picks his favorite characters.

I first spoke to Garry Trudeau, off-the-record, in 1985, when I was Newsweek’s media critic and he was amid one of his periodic controversies, this one over cancellations by a few newspapers of strips where he—accurately— linked Frank Sinatra to organized crime figures. As usual, he loved the flap, and welcomed my story about it. 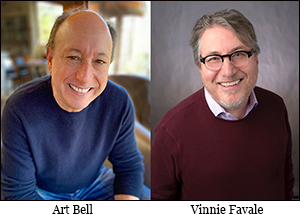 Once upon a time in 1989, when cable was new and networks were few, media executives Art Bell and Vinnie Favale started the Comedy Channel, which later became the famous Comedy Centra

It all began thanks to the great determination and perseverance of Art Bell, who first pitched the idea to a less than enthusiastic HBO.

When they finally said yes, an energetic Vinnie Favale came aboard, and with a team of cable network execs they launched the Comedy Channel on November 15, 1989.

After merging with MTV’s competing comedy network, HA! in 1991, it was renamed Comedy Central and has become a much-loved and long-lasting source of laughs for the world.

Now Art Bell has written a bestselling and award-winning memoir called Constant Comedy and together with Vinnie Favale they have created a fabulous new podcast of the same name.

In honor of the 30th anniversary of the network’s debut, the Constant Comedy Podcast will take you behind the scenes of those early days, delving deeper into the stories from the book. It will also explore comedy with the people who make it happen – writers, producers, and actors.

Its debut season consists of 12 60-minute episodes which will air every week on Itunes or Spotify.